Now that we’re fast headed for the middle of July I’d like to comment on two different aspects of the marine recreational fishery out of Campbell River. The first is that the fishery has changed, or more properly stated, that the range of territory that could offer productive salmon fishing has increased significantly with chinook now running through the lower straits above town and over in the direction of Stuart Island.

Unlike the fishery that exists year round in the north Strait of Georgia and the adjoining mainland shore for what might be termed feeder chinook, the lower straits fishery is largely dependent on in-migrating chinook from the north coast and open ocean. The same of course also holds true for all the other species of salmon caught there later in the summer and fall.

These migrating chinook are in some respects quite different from their cousins caught in the Strait of Georgia, notably that they aren’t feeding. It sounds counter-intuitive to fish for salmon that aren’t eating but it’s the truth and it is most uncommon to catch one with any feed in their stomachs. Having made the decision to leave their feeding grounds and make tracks for their home river, their digestive tracts begin to atrophy and their reproductive organs really start to develop. All we know through experience is that these migrating salmon will bite a bait or lure – when something appetizing is placed directly in their path I guess that a lifetime habit of eating is hard to overcome.

And because these are migrating fish it means they aren’t always around, unless there is a genuine abundance of fish making their way through the straits. On any given tide or day usually there’s a pronounced bite, sometimes shorter, sometimes longer, when a number of fish are encountered as an aggregation of chinooks moves through a particular location.

Hard numbers are impossible to quantify but there’s a sense that the movement of these migrating chinooks through the lower straits in 2017 started a little earlier and stronger than in most years – it could be a false promise of things to come, all the same it’s been an encouraging beginning. The average size is large to date, with several tyee’s reported topped by a 41 pounder caught at the very beginning of July – an impressive fish at any time of the year around the inner south coast!

Not so long from now we should start encountering good numbers of South Thompson summer-run chinooks, they of the characteristically stubby noses sometimes erroneously referred to as “Columbians”. While they are genetically closely linked – the Fraser River was at one time a tributary of the Columbia until a geologic event blocked and altered its course to the sea – genuine Columbia River chinook salmon are rare around the NE Vancouver Island shoreline. Most South Thompson chinook mature at age-4 and the 2013 broodyear was large so there’s every hope that 2017 will see a repeat.

To the southeast of Campbell River out into the open Strait of Georgia the chinook fishing has slowed a little. This should come as no great surprise given that there’s been 3 months of highly productive fishing around the strait and there simply has to be fewer fish in the water! That said anglers should expect to have good chances at catching feeder chinook throughout the summer, varying day to day and location-to-location – sounds like fishing to me!

The second thing I’d like to comment on is that on July 15th two annual time and area specific restrictions in the Campbell River area marine recreational fishery come into effect – the outer rivermouth Special Management Zone and the finfish closure at Cape Mudge. Currently there is no information regarding these on the DFO website making it almost impossible for the occasional or visiting angler to find out about them.

The first of these relates to conservation measures designed to lower the harvest rate on chinook holding near the Campbell River itself and to sustain the traditional and now unique rowboat based Tyee Club fishery. The rules describing this seasonal restriction are known as a condition of license, printed on every tidal waters license, however anglers don’t usually look there for regulations. In the modern fashion, and with the encouragement of the federal government that ceased printing the full-information versions of the Sport Fishing Guide several years back, anglers are expected to get their information on-line from the DFO website. Without getting into the discussion about how this only works where there’s a Wi-Fi signal, it has to be said that the recently re-worked recreational fishery webpage is significantly incomplete and this important local and seasonal restriction is missing from both the Sport Fishing Guide and the Area 13 page.

Likewise the Cape Mudge finfish closure, an annual restriction between July 15th and August 30th intended to lower the harvest rate of Cowichan River chinook. Despite the fact that this closure is so important to DFO that it chose not to reduce the time component by 50% as per a recommendation by the SFAB (because the Cowichan chinook stock is substantially rebuilt and is meeting the spawning escapement target) there is absolutely no mention of it anywhere on the website. Last year a Fishery Notice announcing the closure was released July 14th and expect the same this year as no notification has been published by July 12th.

These shortcomings and quite a few more have been pointed out to the department but so far nothing has changed. I know that local DFO enforcement staff are not satisfied with the current state of affairs – what judge is going to convict an angler for breaking the rules for which information is either unavailable, incomplete and/or challenging to find? What a way to run a fishery! 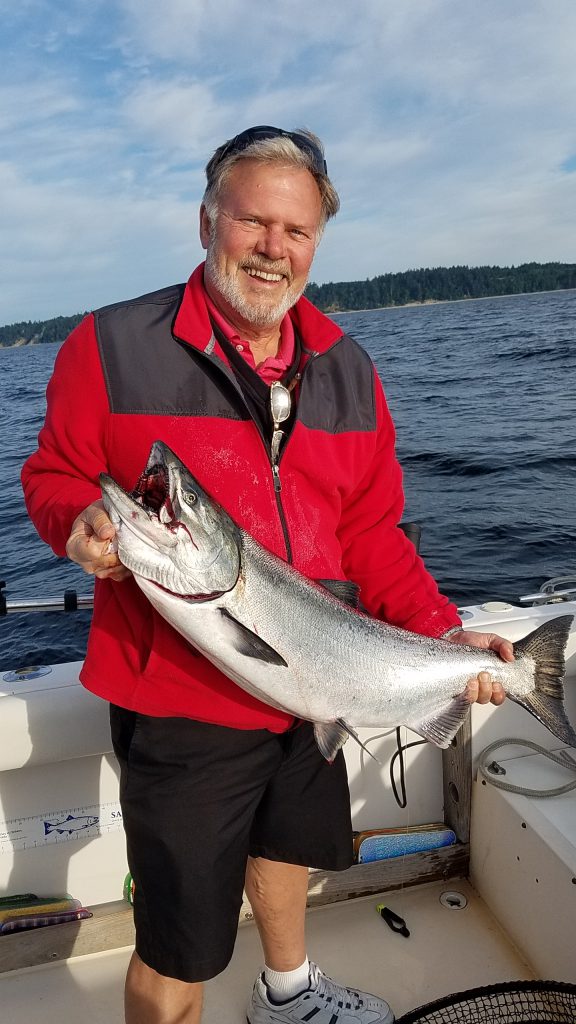 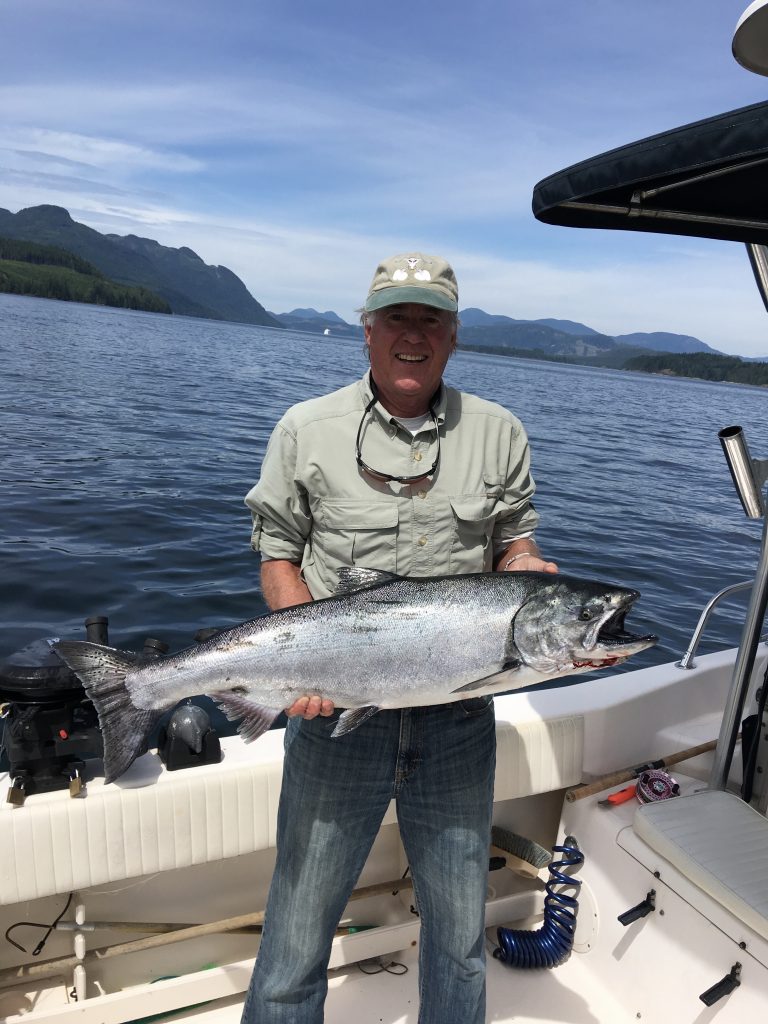 Examples of chinook caught in early July near Campbell River this year, from the open Strait of Georgia (top) and lower Johnstone Strait (bottom).