Once again faithful readers I’ll begin with a mea culpa regarding lack of content in this space. To be frank it’s been an awful past few months for those of us volunteers involved in the advisory and consultation business on behalf of the recreational fishery with Fisheries and Oceans Canada (DFO). It’s been time consuming and at the end of it all the results have been discouraging – a strong feeling of “why bother” is hard to avoid after DFO has implemented such sweeping and restrictive regulations when there were other options that could have met the required conservation objective yet sustained more meaningful opportunity. Ironically, when word was received about what the broad regulation package for chinook management in 2018 would be, I was in Vancouver participating with senior DFO staff from the Pacific Region and Ottawa in a meeting called Vision 2021, strategizing about a better future for the recreational fishery in BC. It was hard to remain polite and on topic and not refer to the “elephant in the room” as one participant described it, but based on decisions made in recent weeks the future looks cloudy at best.

Once again I was asked to write a column by Island Fisherman magazine about this and the link to its website is copied below.

Even more ironically the chinook fishing broadly around the Strait of Georgia in recent months has been very productive, with hot fishing from Vancouver to Campbell River and most places in between – the reality on the water simply doesn’t match the negative picture portrayed by DFO and those interests not favourably disposed to our fishery. Pictured below is a 20lb chinook I caught recently, a bit bigger than average but demonstrating the quality of fish being caught regularly here. 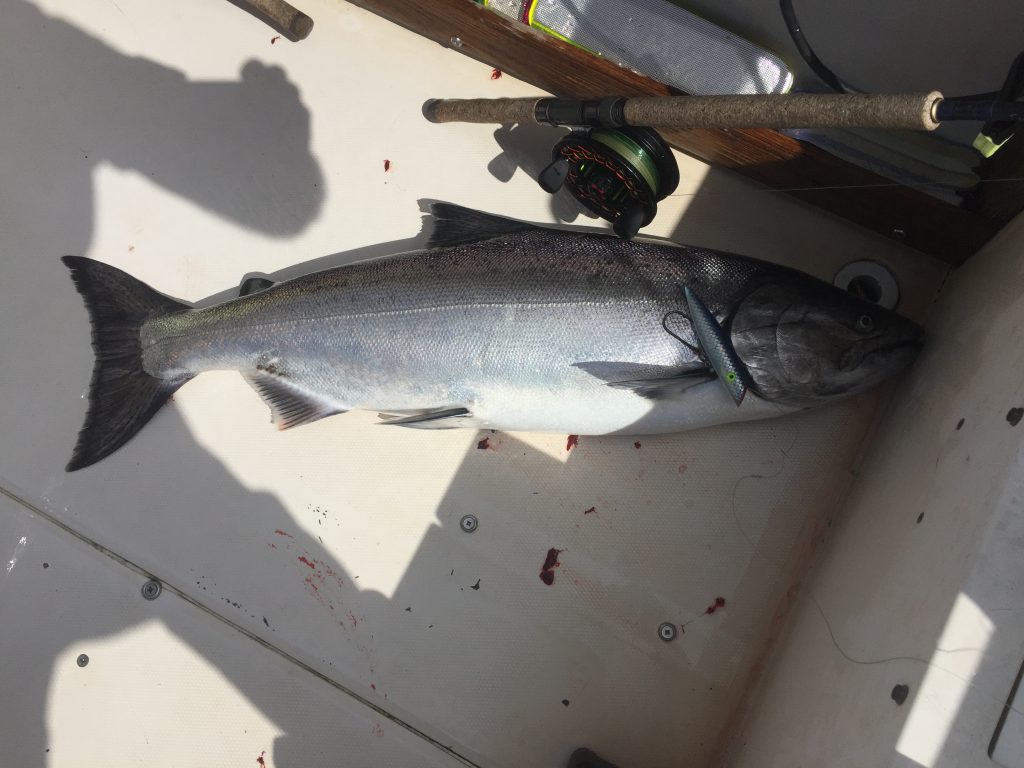