Jeremy has been guiding since the 1970’s, based in his hometown of Campbell River and with extensive experience elsewhere, especially in Kyuquot on northwest Vancouver Island. His boat the Ella B. is a 24-foot Grady White with recent year four-stroke outboard engines. It is a Transport Canada certified small passenger vessel equipped with comprehensive electronics (radar, sounders, GPS chart plotter, vhf radios) and can accommodate up to four anglers. He holds appropriate Transport Canada operator’s tickets and is a certified Tidal Anglers Guide. 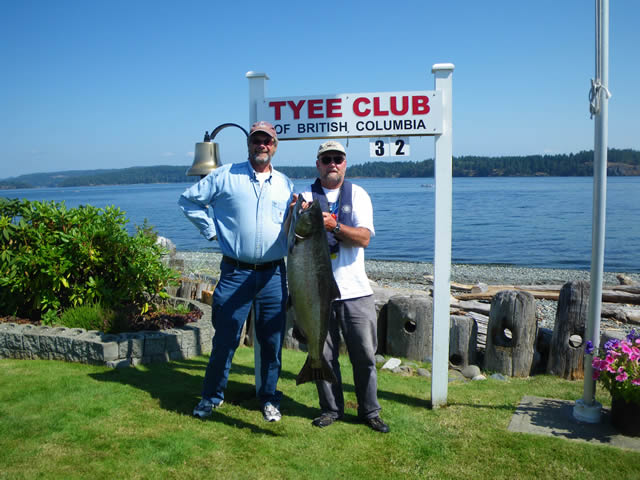 Campbell River offers Chinook fishing all year long, winter and summer, with favoured locations and techniques changing with the season. Typically the biggest Chinooks are encountered in the late summer and Campbell River is home to the Tyee Club fishery adjacent to the rivermouth. To become a member the angler has to catch a Chinook over 30 pounds while complying with Club rules i.e. with an artificial lure amongst other tackle restrictions and from a non-powered boat. Jeremy has a classic Tyee Spirit rowboat and has participated in this unique fishery for many years, rowing his first tyee in 1975.

Coho salmon are less prevalent than they were several decades ago but still feature prominently in the catch, especially in the later summer and fall. Pink salmon are encountered every year, with productive sockeye fishing in some years. Almost uniquely on the BC coast Campbell River has a focused sport fishery for chum salmon in the fall, starting in later September. Averaging 8 – 16 pounds these silver beauties are strong fighters when hooked, with multiple simultaneous hook-ups occurring when the run is on providing an exciting finish to the extended summer season. 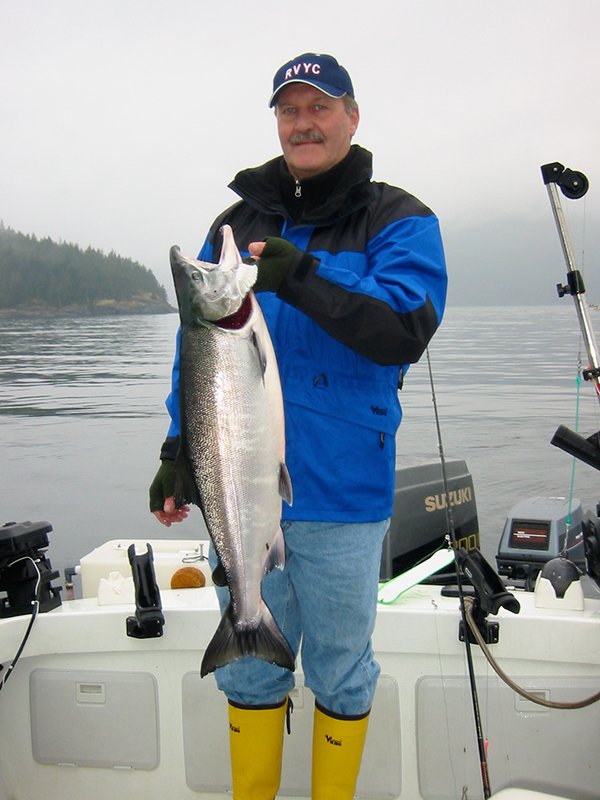 A wide variety of wildlife is regularly seen while fishing out of Campbell River, including killer whales, Pacific white-sided dolphins, Dall’s porpoise, humpback and minke whales, Steller sea lions, seals, bald eagles and various other bird species according to season. Both black and grizzly bears are sighted patrolling beaches, especially when fishing up the mainland inlets.

Kyuquot is a semi-remote village adjacent to the Pacific Ocean and Jeremy has twenty seasons of experience fishing there with the Kyuquot Beach House guiding crew. In addition to consistently productive Chinook and Coho salmon fishing, halibut and lingcod also feature regularly in the catches there. Wildlife encountered there differs from inside waters, with various whales, dolphins and birds, for example Puffins and Black-footed Albatross, not encountered around the inner coast. As well, Kyuquot is “ground zero” for Canada’s rebuilding sea otter population – close-up sightings guaranteed! 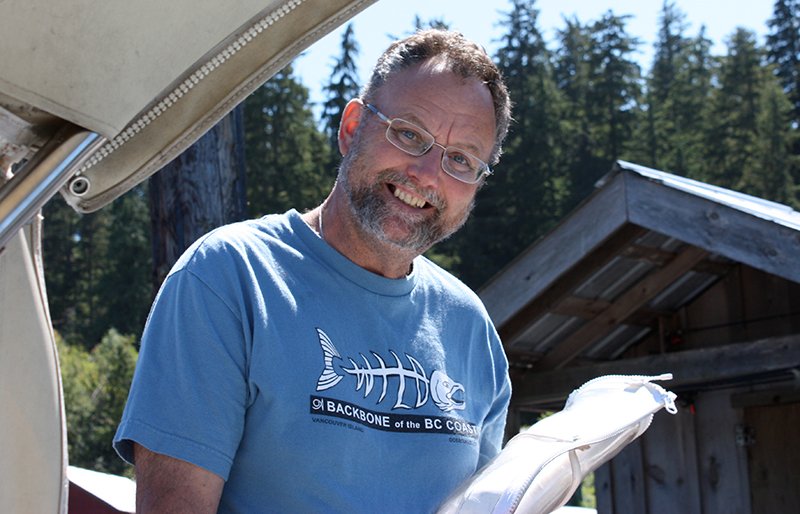 Tidal waters recreational licenses can only be acquired on-line and can be purchased here.